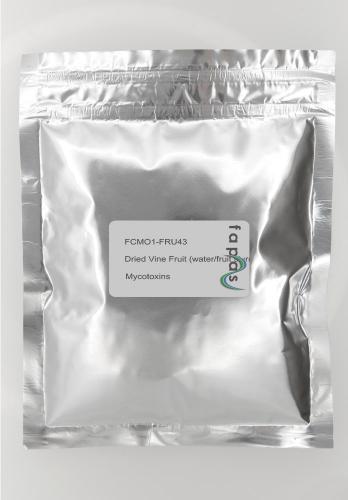 Mycotoxins are toxic secondary metabolites produced by fungi on agricultural commodities in the field or during storage.  It is estimated at 25% of the world's food crops are affected, resulting in large commercial losses. Mycotoxins can cause serious health problems (including some being suspected carcinogens) and so are tightly regulated across the world. Mycotoxin contamination is the largest cause of rapid alerts raised against imported food products. This proficiency test is targeted at Ochratoxin A analysis, which has an EU MRL for many commodities. Mycotoxins must be managed through effective testing measures. This is due to the potentially harmful effects they can have when consumed in high enough quantities. Proficiency testing activities from Fapas provide the ideal means from which to maintain the high quality testing arrangement you require to identify and quantify any contaminants such as mycotoxins within food products. Vine fruit encompass a large range of food products, which can require a large amount of test flexibility. Through this Fapas proficiency test your testing flexibility can be quickly and efficiently addressed, from which to maintain the high quality testing your customers, and regulators, have come to expect.
ADD TO BASKET