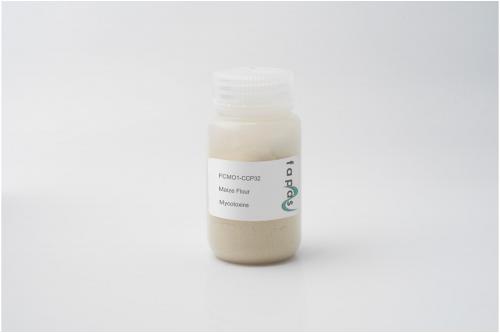 Mycotoxins are toxic secondary metabolites produced by fungi and moulds on agricultural commodities in the field or during storage. Mycotoxins can grow in a variety of foodstuffs such as cereals, spIces and coffee, often under warm and humid conditions. These conditions can be attained through poor storage of these foodstuffs. It is estimated at 25% of the world's food crops are affected, resulting in large commercial losses. Mycotoxins can cause serious health problems (including some being suspected carcinogens) and so are tightly regulated across the world. Mycotoxin contamination is the largest cause of rapid alerts raised against imported food products. This proficiency test is targeted at Ochratoxin A (OTA) analysis, which has an EU MRL for many commodities. This is due to OTA has been labelled as a carcinogen and a nephrotoxin. Maize flour has a large range of uses within many processed foods both commercially and domestically. It is a key ingredient in many recipes and as such can have widespread effects. Within human consumption tolerable daily intakes have been outlined for a range of mycotoxin variants. To accurately test to these legislative limits it is important for laboratories to employ effective quality control processes, with proficiency testing playing a key role in benchmarking your testing quality across a range of analytes and matrices.
ADD TO BASKET