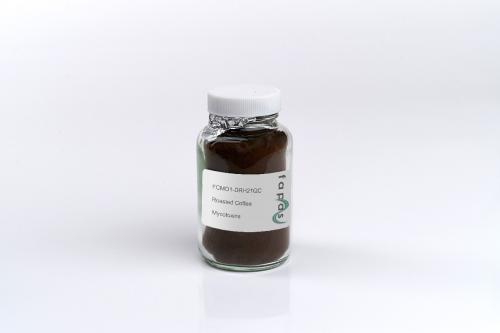 This quality control material is targeted at Ochratoxin A (OTA) analysis, which has an EU MRL for many commodities. This is due to OTA has been labelled as a carcinogen and a nephrotoxin. Coffee is enjoying a growing worldwide demand, as developing countries are beginning to develop a taste for the foodstuff. As a result the global coffee supply chain is under pressure to satisfy this large scale demand. This can lead to low quality stock being used, with a larger risk of contaminants such as mycotoxins being present. As a result it is imperative for labs to use proficient testing procedures across a large amount of analytes and mycotoxins. Coffee is produced in vast volumes by developing countries, sometimes away from strict legislation. As such it may be considered a high risk foodstuff for contaminants such as Ochratoxin A and other Mycotoxins. Fapas quality control materials make use of real food matrices to provide direct comparisons to your current routine analysis activities. This is vital to ensure only high quality testing practises are employed by your laboratory to achieve the highest standard test results possible. Through activities such as staff training and instrumentation validation Fapas quality control materials make a significant impact within your wider quality assurance practises to safeguard your high quality testing ability.  Mycotoxins can grow in a variety of foodstuffs such as cereals, spices and coffee, often under warm and humid conditions. These conditions can be attained through poor storage of these foodstuffs. Mycotoxins are toxic secondary metabolites produced by fungi and moulds on agricultural commodities in the field or during storage. It is estimated at 25% of the world's food crops are affected, resulting in large commercial losses. Mycotoxins can cause serious health problems (including some being suspected carcinogens) and so are tightly regulated across the world. Mycotoxin contamination is the largest cause of rapid alerts raised against imported food products.